Updated March 2016
This “To Boldly Go” article was posted prior to the 2014 launch of the Orion Space Ship aboard a Delta IV rocket. The space venture was a preparatory step for the planned Asteroid Redirect Mission. It was successful after Orion returned from a distance of 3,600 miles in space to a splashdown in the Pacific Ocean on Earth. Since then the mission plans and schedules have slipped and are a little murkier.

In the original plan the next launch of Orion without Astronauts would be aboard the SLS 70 ton rocket (capable of hurling 70 tons of cargo into deep space) in 2017. The current schedule calls for a launch of Orion/SLS Rocket with no crew aboard on September 30th, 2018.

The first launch with 4 Astronauts aboard Orion/SLS Rocket was scheduled to fly around the Moon in August 2021. This mission has now been pushed back to April 2023.

Fortunately for NASA, most of the space rockets and hardware is being built in Republican districts and because of the economic impact to Republican constituents they will not allow Congress to cancel the rockets and components needed for deep space missions. NASA is taking advantage of this situation as they plot the human voyage to Mars.

Today, the focus of the visionaries at NASA is to launch 4 people into deep space and land on Mars in the late 2030’s. A lot of the preparatory work is already in play. 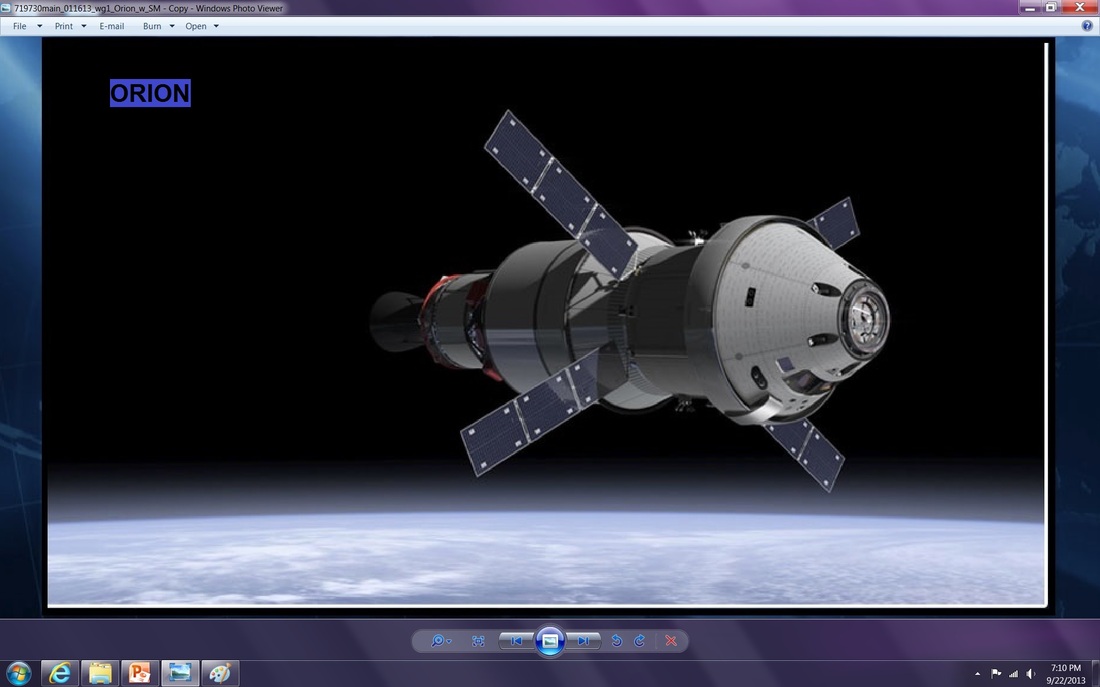 Thousands upon thousands of years ago Hominids stood on a grassy plain and wondered what was beyond the horizon. With trepidation they boldly went where no hominid went before. They ventured to discover what’s on the other side of the Mountains, valleys and rivers.  As these Hominids populated the lands of the Earth, Humanity was born.

On September 12, 1962, President John F. Kennedy rallied our Nation to boldly go to the Moon, not because it was easy but because it was hard. That is why today we have I Phones.

Today President Barack Obama challenges our Nation to boldly revitalize our schools, motivate our youth, push technologies to the limit and inspire innovation. Our bright and talented responded with a great idea, the “Asteroid Redirect Mission”. The mission starts with capturing an Asteroid in the vicinity of the Earth and Moon and redirecting it into an orbit around the Moon. Astronauts will journey to it, examine it, and bring back it treasures to Earth. This is the story how this great adventure will be accomplished.

The story begins with NASA’s Infrared Telescope Facility on Mauna Kea Hawaii. It’s one of the main ground base Telescopes in the NASA’s Near Earth Object Observation (NEOO) Program to detect, track and determine which Asteroids are potentially dangerous to the Earth. To date the NEOO program is tracking about 10,000 Near Earth Asteroids. As a byproduct of the program Astronomers found a good number of small Asteroids close to the Earth-Moon system ideal for the “Asteroid Redirect Mission”.

In parallel with the Asteroid observation program is the development of spacecraft to migrate large hazardous Asteroids into safer orbits around the Sun. The first prototype of this spacecraft technology is the Solar
Electric Propulsion (SEP) Spacecraft. Its first use and test will be the
“Asteroid Redirect Mission” (Artist Picture Below). SEP will capture a small
Asteroid and redirect it into a stable orbit around the Moon to await the
Astronauts. 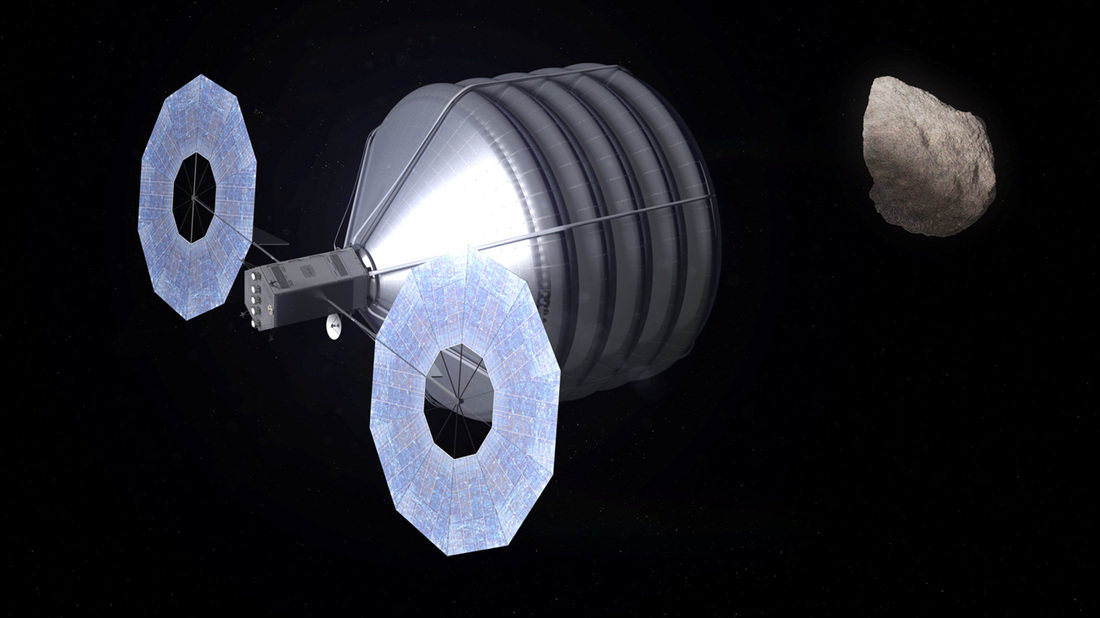 The Solar Electric Propulsion (SEP) technology uses power converted
from sunlight to produce a continuous low propulsion thrust. This coupled with a robotic capture mechanism will be able to move over a period of time small and large Asteroids into desired orbits. 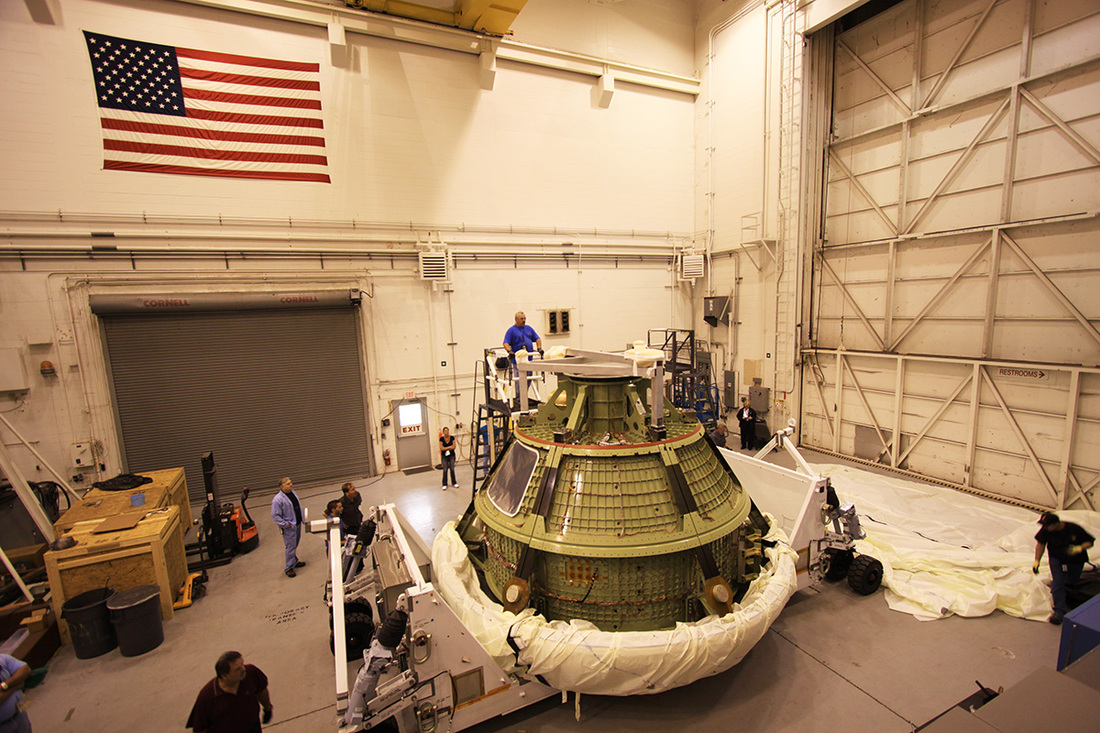 The Human journey begins with the development and deployment of the Orion Spaceship. The above photo is of the first Orion capsule (no crew aboard) that will be launched in 2014 into deep space aboard a Delta IV rocket. It will circle the earth twice and at one point be 3,600 miles from Earth. For comparison, the International Space Station and all other spaceships with people aboard don’t go much above 200 miles above the Earth. The big moment for this mission is the re-entry of Orion into the Earth’s atmosphere at 20,000 miles per hour. During the actual Asteroid Redirect Mission, Orion and Crew will have to survive hitting the atmosphere at 25,000 miles per hour similar to the Apollo Moon missions.

After the mission data is analyzed and modifications are made to the Orion spaceship, the next venture of Orion into deep space (also no crew on board) will occur in 2017 aboard an SLS (Space Launch System) rocket currently being built. If you remember the Space Shuttle configuration, where the Space Shuttle is attached to a giant fuel tank with two Solid Fuel Rockets that looked like Roman Candles strapped to the sides, the first stage of the SLS is very similar. In the Space Shuttle configuration, the rocket engines were on the bottom of the Space Shuttle, but on the SLS rocket, the engines are on the bottom of the fuel tank with more powerful solid rockets strapped to the sides of the fuel tank. Orion will be nested on top of the SLS Rocket to ferry four astronauts from the Earth to a selected Asteroid by 2023.

Go to  www.explore-universe.weebly.com  and click tab SLS for a picture of Orion and the SLS configuration.

The Solar Electric Propulsion (SEP) Spacecraft will be launch by the year 2021 toward a small Asteroid about 60 feet long and 40 feet high. SEP will capture and enclose the Asteroid in a plastic container. Over a period of two or three years it will nudge the Asteroid into a stable orbit around the moon. By the year 2023, four Astronauts will board the Orion Spaceship and fly in the direction of the Moon. Once in the vicinity of the Moon, they will use the Moon’s gravity to propel Orion to the captured Asteroid orbit. The journey will take 9 days. 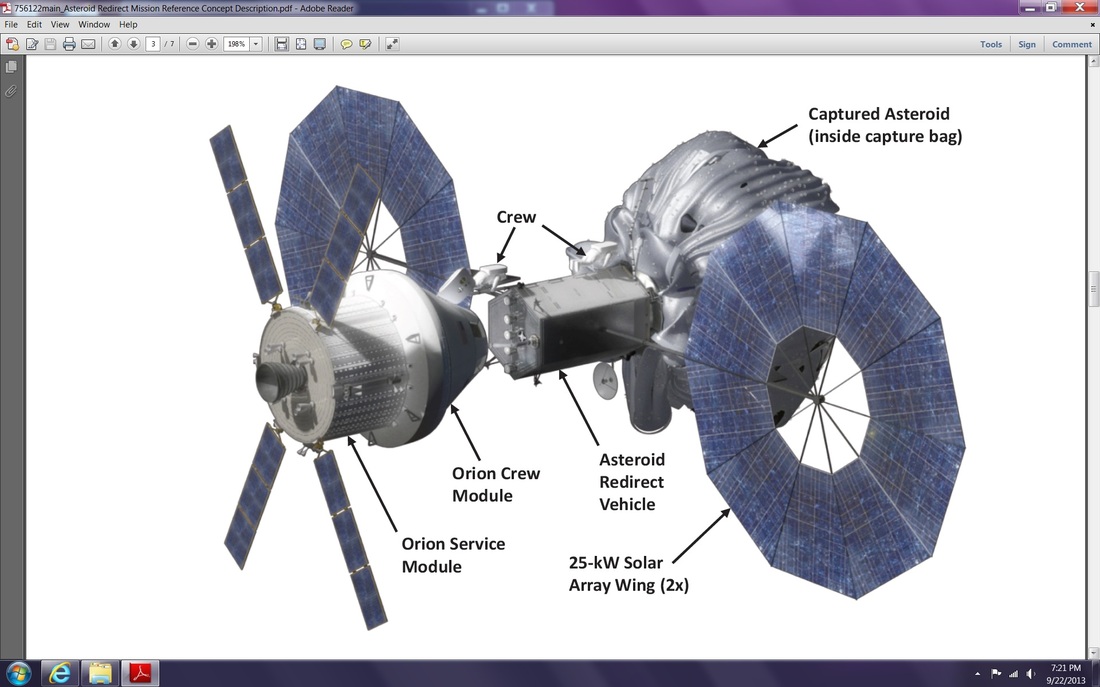 Upon reaching the Asteroid, they will conduct a 6 day geological study and collect important samples to bring back to Earth. The return trip will take 10 days and will also include going back to the moon and using the Moons gravity to propel them back to Earth.

The moon is about 237,000 miles from Earth and the current plan is not to go above 300,000 miles away from Earth on this first mission.

Space Ship Orion will boldly go to Asteroids, the Moon and in the 2030’s, Mars.

Future “To Boldly Go” articles will provide more interesting details about this mission and other Deep Space adventures.