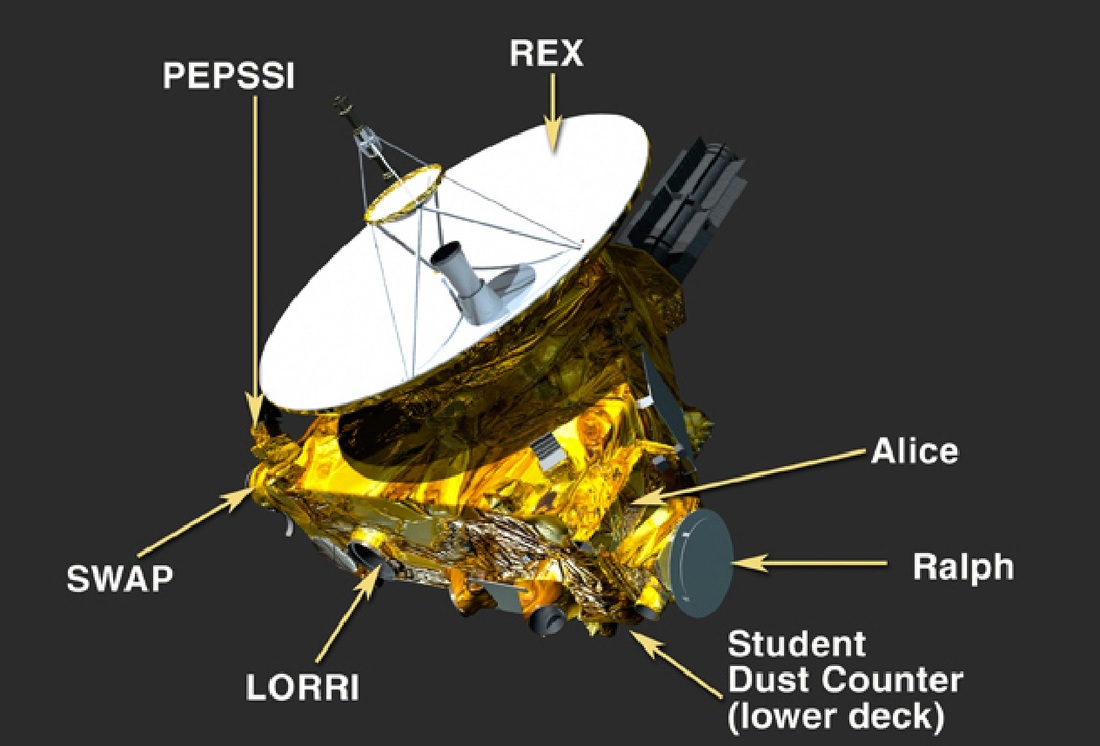 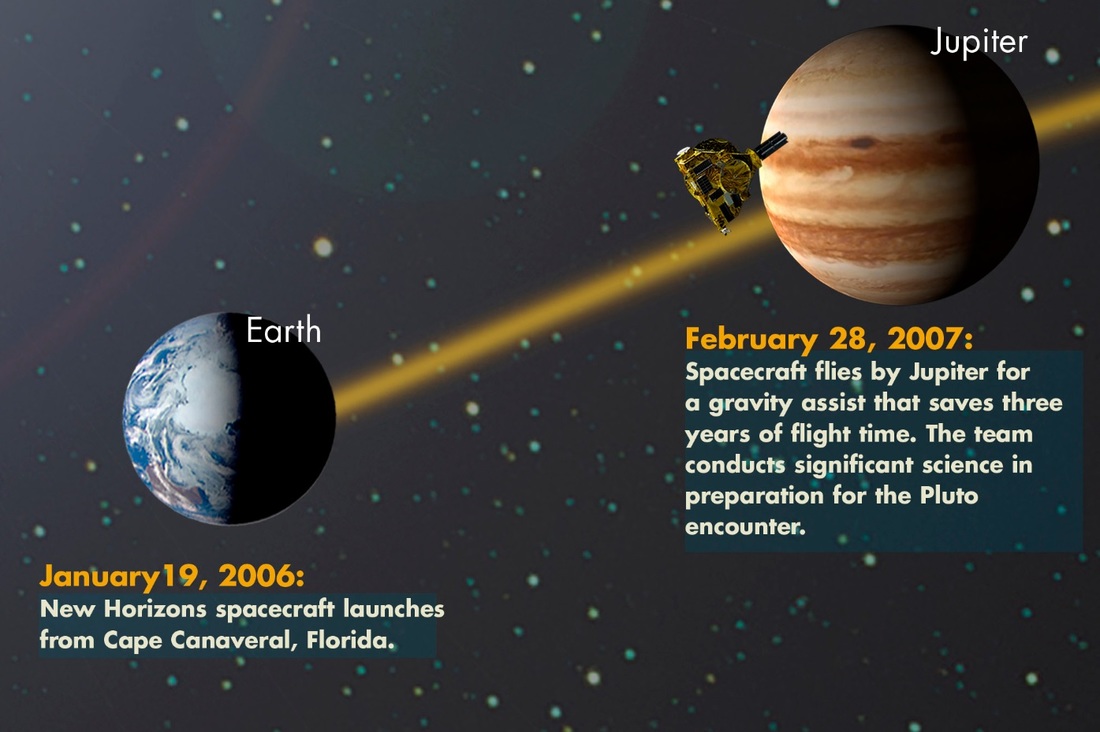 Missions to Jupiter usually take 5 or more years. Currently the Spaceship Juno (Goldilocks 5) will orbit Jupiter on July 4, 2016, after a 5 year trek. Spaceship New Horizons reached Jupiter in a year.
Once past Jupiter, the Human caretakers on Earth lulled New Horizons into a peaceful sleep to hibernate for about 8 years. 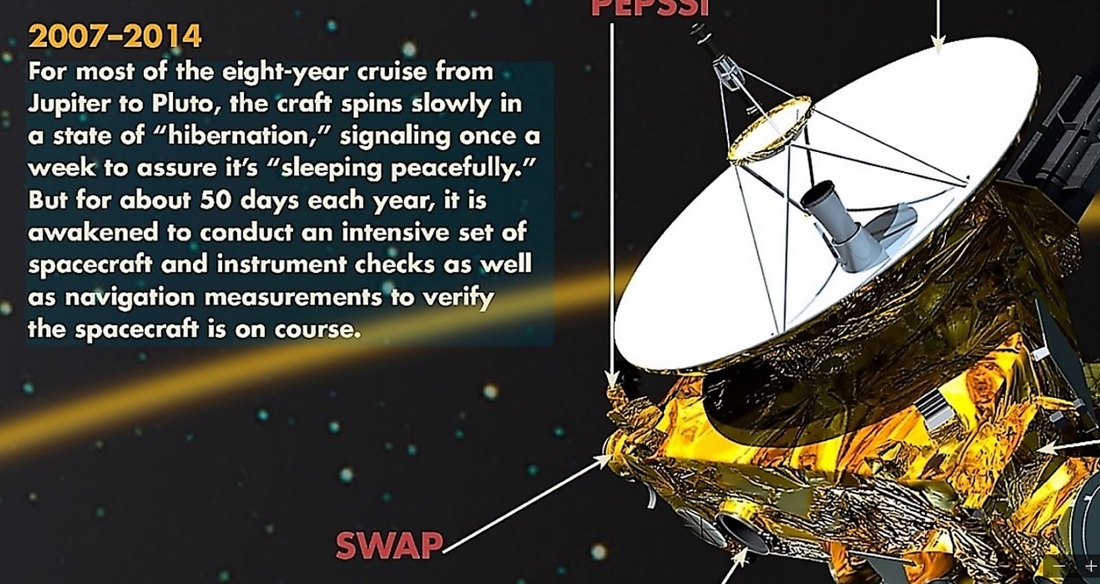 In December 2014, New Horizons was awakened to prepare for an amazing adventure. 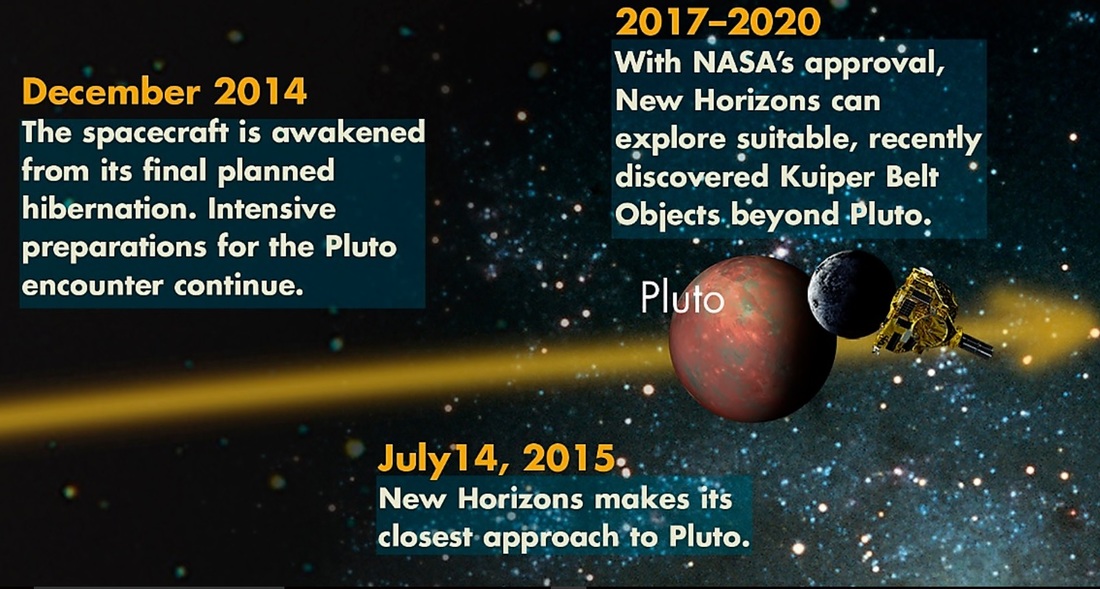 It was July 14 2015 zooming at 31,000 miles per hour New Horizons flew pass Pluto at a distance of 7,700 miles. Days before and after that fateful day, the Spaceship unleashed its talisman of unholy magic starting with “LORRI & Ralph”.

Ralph: A combination optical/infrared instrument that will provide color maps of the surfaces Pluto and Charon, plus compositional and thermal information on the surfaces. 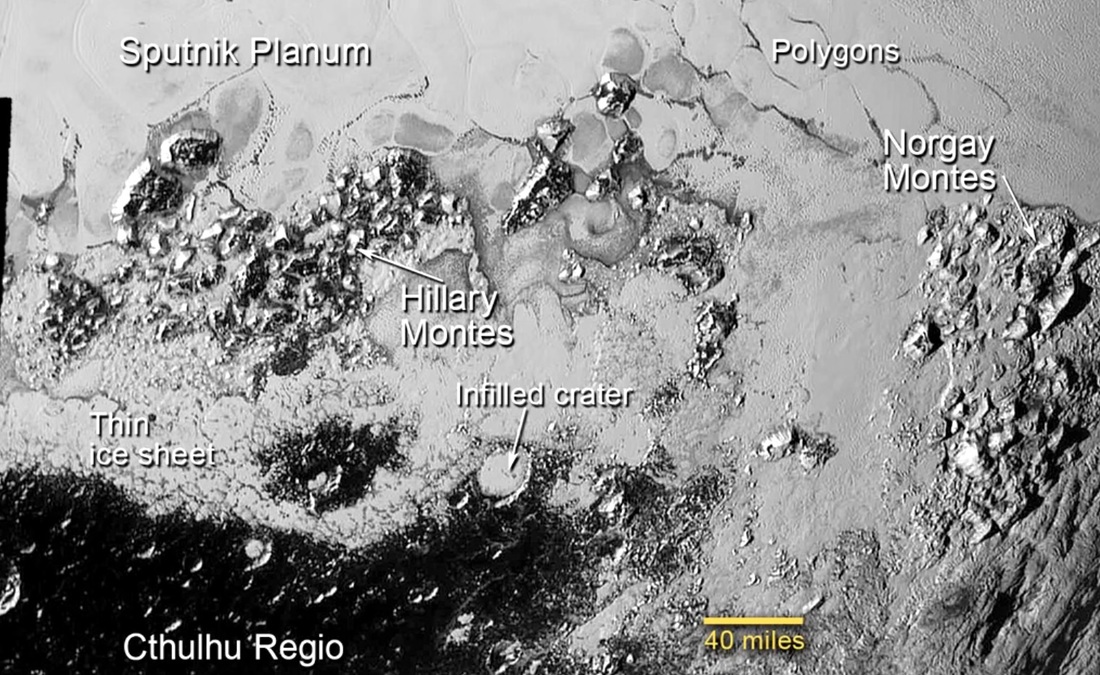 Hillary Montes is about 1 mile high and resembles the Appalachian Mountains and Norgay Montes is more like the Rocky Mountains, about 2 miles at the tallest peak. 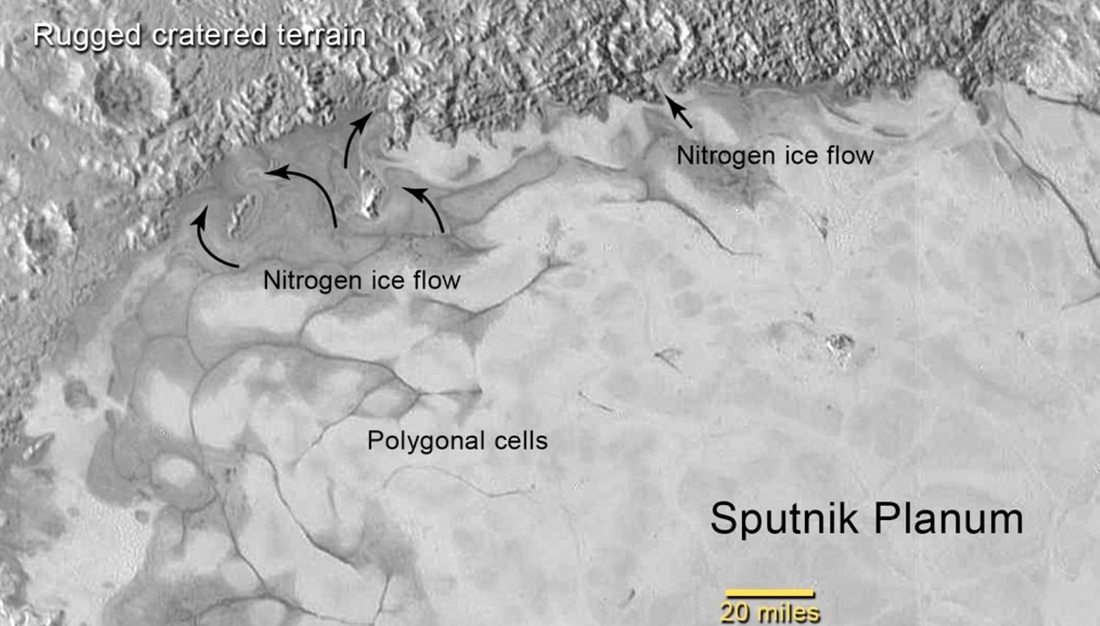 Northwest of the mountains lies a Texas-sized plain informally named Sputnik Planum. The center of the plain is rich in nitrogen, carbon monoxide, and methane ices. The outer edges are marked by polygonal shaped plains and nitrogen ice (-390 degrees) flowing into the terrain similar to Glaciers on Earth. The surprise here is that this activity might be more current than other regions of Pluto, indicating an active planet.

There is more: Pluto has an atmosphere.