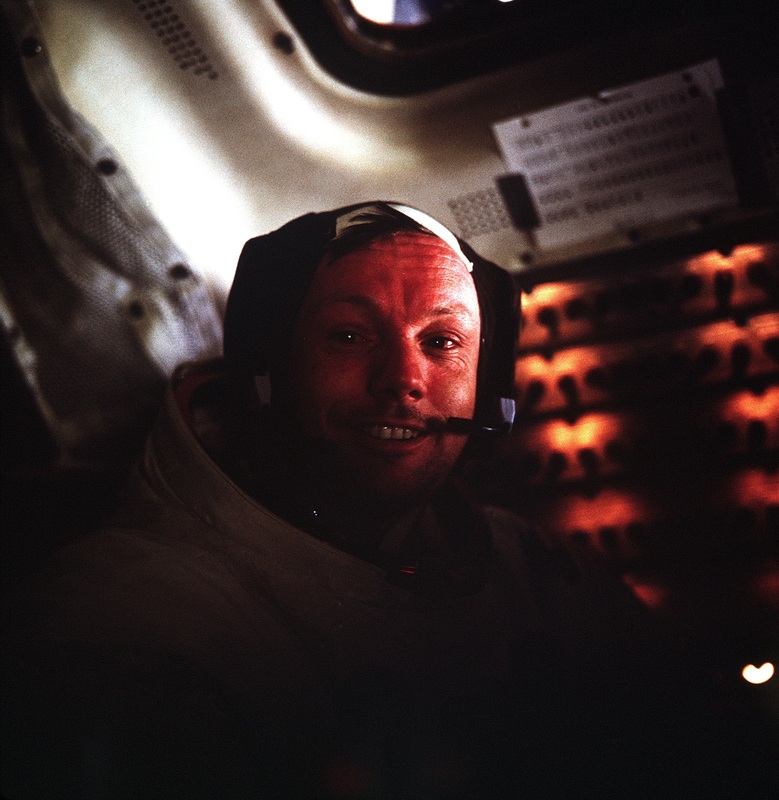 This photograph of Neil Armstrong was taken inside the "Eagle" Lunar Module while resting on the lunar surface. Astronauts Armstrong and Edwin Aldrin , had just completed their historic moon walk when this picture was made. 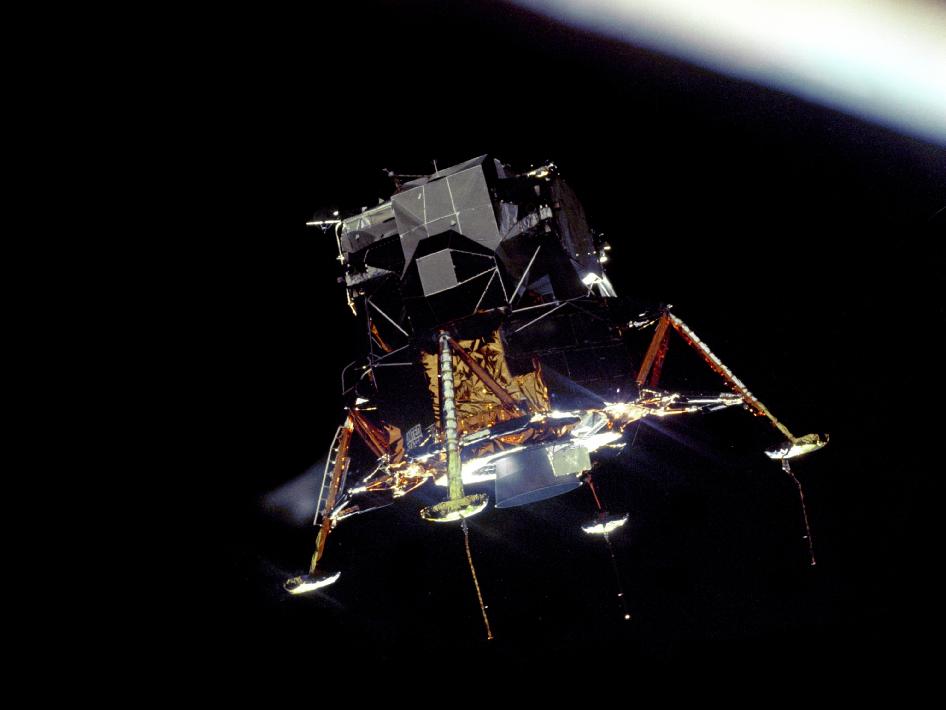 On July 20, 1969, Neil Armstrong and Edwin Aldrin were flying the Apollo 11 Lunar landing Module at about 9 miles above the Moon surface. With the ignition of the Lunar Lander Rocket they began a 12 minute descent to the surface of the Moon.

In the first 3 minutes Neil Armstrong noticed that they were already off course. He was soon distracted by a “12-0-2” alarm (Computer In overload) displayed on their primitive computer.  Except for the loss of navigational information, the computer seemed to be still working and so the descent continued.

Most of the milestones in Neil’s life were considered hazardous. From flying combat missions in the Korean War to breaking the altitude (40 miles) and speed (4 thousand miles per hour) records in the X-15 rocket plane in the 1950’s.

But what distinguished Neil from other Astronauts was his ability to recover from a disaster situation during the Gemini 8 mission in 1966. Neil Armstrong and David Scott in a Gemini Space Capsule rendezvous and docked with a Agena rocket (launched earlier) 129 miles above the earth. Twenty seven minutes after the docking, the Gemini and Agena began to spin violently. Neil disconnected the two spacecraft and the spinning of the Gemini Capsule got worse (up to one revolution per second). It was a matter of minutes before the two Astronauts would lose consciousness and the mission would have ended in tragedy. Neil and David quickly disabled their maneuvering rockets, ignited their retro (landing) rockets and safely landed in the Pacific Ocean.

Neil Armstrong, the first person to walk on the moon, died in August 2012.

All of us share something in common with Neil Armstrong. We too have a destiny to fulfill, and our lives are important, valuable, and meaningful. Where we differ from Neil, is in the certainty of knowing our destiny. Neil knew as a teenager (pilot license at age 15) that he was destined to be an outstanding Aviator. With lots of luck, work, and skill, Neil Armstrong realized his destiny. But for most of us, realizing and fulfilling our destiny is not so clear or easy.

In the “Letters from Canada” series, we will touch upon the subject of personal destiny and meaning.