I find the study of the Human Brain a fascinating learning experience. I am enthusiastically sharing that experience with the readers of this “Soul & Brain” series. Hopefully my readers are aware that this presentation is an over simplification of a super complex subject. My intentions are to mix scientific knowledge from accomplished Medical Scientists with personal knowledge and experience to show a link between the Soul and the Brain. From now on I will list my sources at the bottom of each article.

Forty four years ago, 300 feet above the Moon surface while his Lunar space ship was in computer overload, running out of fuel and heading for dangerous rocky landing, Neil Armstrong guided the Lunar Lander to a safe landing on the Moon seemingly with little external emotion. But Neil was betrayed by his heart rate which jumped to 156 from his normal 77. It does not matter whether we are landing on the moon or scratching ourselves, everything we say, do, or think, involves our emotions (obviously not of equal significance).

For many of our activities the Autonomic Nervous System works automatically and it also responses to the primary emotional controller of our brain, the “Limbic System” 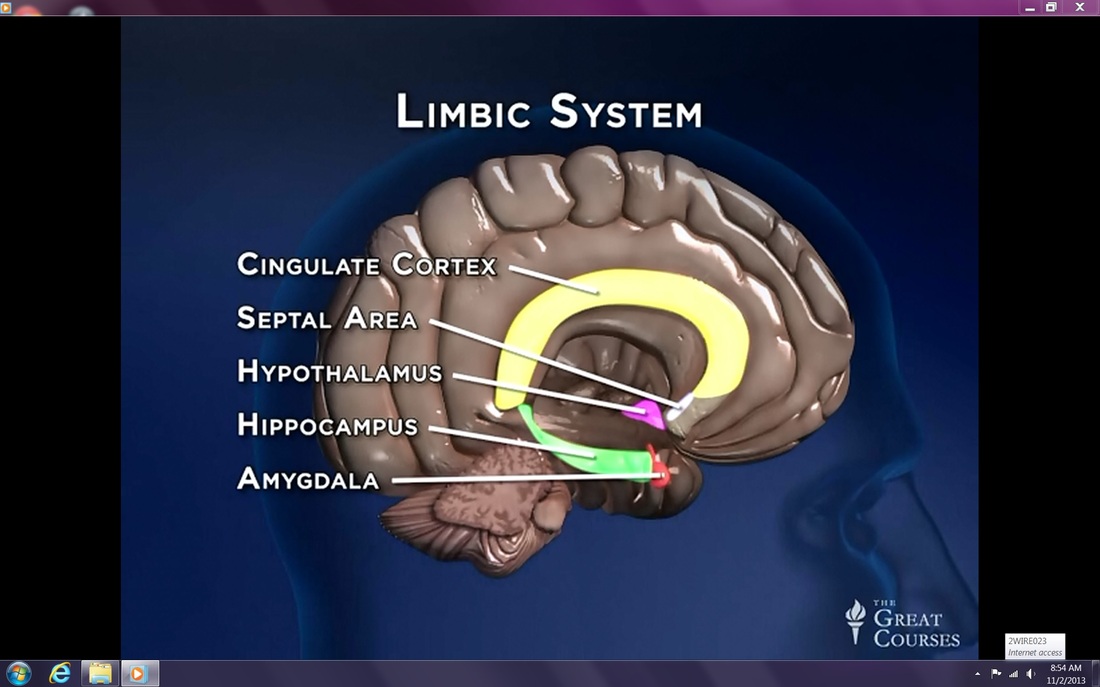 From the picture above we see the different structures of the “Limbic System”.

Amygdala: When something very important, be it good or bad experience or event that happens to us, the “Amygdala” is activated. From there the “Hippocampus” regulates our emotional response to that experience or event, so that we don’t react in an extreme way.

It would seem from the events in our nation and the world, the “Hippocampus” in many people is not working at all. The “Hippocampus” also helps to write the important good or bad events into our memory so that we know who to blame and never forgive (just joking about the blaming and not forgiving).

Hypothalamus: Our hormone system is regulated by our Hypothalamus. It is the master controller of most of our physical motion, including which part of the autonomic nervous system is turned On or Off.

Cingulate Cortex: Works with the Hypothalamus to control and regulate our emotional states.

Each of the above structures of the Limbic System work together and with all the other regions of the Brain to provide the emotional component to our lives that makes us Human.

To many people myself included, spirituality and faith has been repeatedly written and reinforced by the Hippocampus into our memory. To quote Carl Jung, Swiss Psychologist and Psychiatrist (1875 – 1961), personally “I do not believe in God because I know God”. God is as real as my family and friends.

I am practicing Catholic but do not agree with some of the doctrines and practices of the Catholic Church. The Catholic Church helps me stay in touch with God and so I remain in the Church. Pope Francis 1 is the answer to many Catholic prayers. My close friend who is a Humanist, during one of our frequent lunches expressed his dislike for Pope Francis, because membership in his Humanist congregation depends on frustrated Catholics leaving the Church. With a saintly Pope at the helm there membership is going to be negatively affected.

As we go forward in this “Soul & Brain” series I will use the term “People of Faith” in reference to people that have a relationship with God and “Naturalist” for those that belief in the dominance of Nature with the exclusion of God.