Higgs Boson 6                       March 2016
​
Dr. Mario, a very good Doctor, my primary physician and not the Nintendo Video Game Character, during a medical examination questioned me about the possible hazards of Neutrinos. His concern centered on the fact that a tremendous number of Neutrinos constantly pass through our bodies maybe damaging our genes and possibly causing cancer. My response was that Neutrinos most likely are not harmful to people based on what we know about Neutrinos right now, but there is a lot we don’t know.
There are two people in the current news that do know a lot about Neutrinos. Takaaki Kajita from Japan and Arthur McDonald from Canada in 2015 won the Nobel Prize in Physics for demonstrating that Neutrinos change identities (metamorphosis). I will touch upon what this means when we go into more specific details about Neutrinos.
​      My fascination with Neutrinos began with a Neutrino lecture by David Schmitz, professor at the University Of Chicago in 2011 at Fermi Lab. 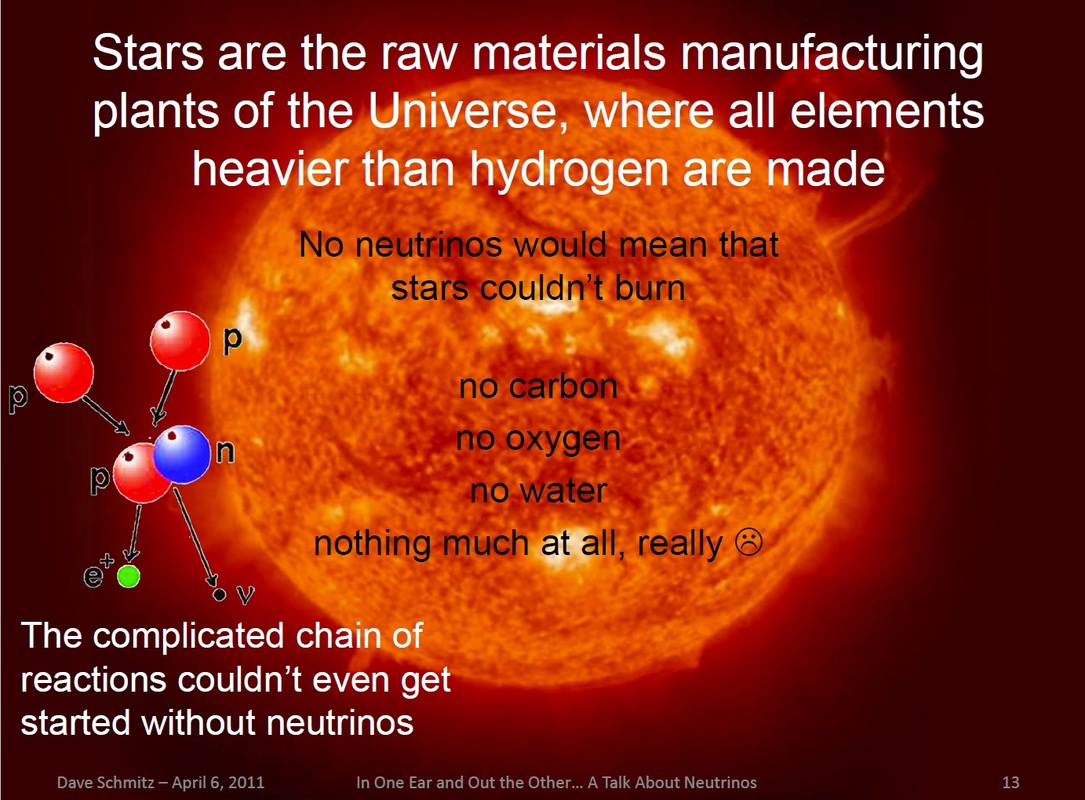 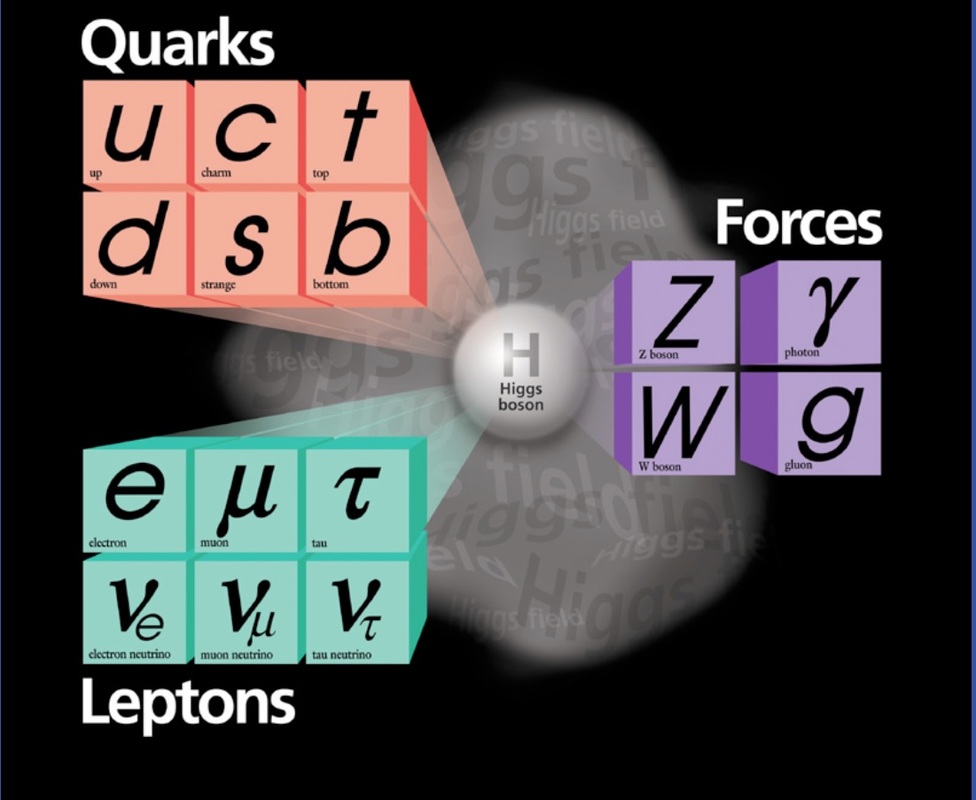 (The Fundamental Particles in the above picture came into existence at the moment of the Big Bang, the creation of our World. The combinations and interactions of these particles plus a gazillion things we don’t yet know and hopefully with time will discover evolved into Human Beings and our visible world.)
We began our story by defining, what are Neutrinos. First they are fundamental particles (cannot be divided any further) belonging to the Electron Family but have no electric charge. Neutrinos are created by our Sun,  all Stars, Catastrophic explosions of Stars (Supernovae) and bananas. The radioactive potassium atoms in bananas emit one million neutrinos per day. The potassium in our bodies also radiates neutrinos. The lessons learn here is to stay away from people eating bananas.
These numbers are nothing compared to the Neutrinos that come from our Sun. As you are reading this article, 17 trillion Neutrinos that originated from our Sun eight minutes ago are traveling right through your body every 10 seconds at a speed close to light. Given this large number, one would think we would see or feel some of them. There is a reason we don’t.
Some scientists refer to Neutrinos as things as close to nothing as we can get. Others refer to Neutrinos as ghostly particles that are in motion and everywhere in unbelievable large numbers. Collectively, the Neutrinos that originated from the Big Bang, produced by billions upon billions of Stars, Supernovae, and other sources come close to the combine weight of all Galaxies, Stars and Planets put together.
What we do know about these mysterious particles is that they penetrate everything, with some exceptions. They were discovered when they changed Chlorine Atoms into Argon Atoms. This means that Neutrinos when they do interact they strike the nuclei of Atoms and like alchemist convert one kind of matter into another kind of matter.
Ongoing research is pointing in the direction that Neutrinos are involved in the interactions between elements. It is believed they tip the balance between matter and anti-matter in favor of matter after the Big Bang resulting in the evolution of our world. Scientists hope to learn from Neutrinos the inner workings of our Sun, Stars and everything that is out there.

​My Main Source and Inspiration for understanding Neutrinos:
David Schmitz, professor at the University Of Chicago