I apologize to my readers for neglecting the articles on my website basil4.com. I have started working on new material and will share a preview of upcoming articles.

Father Mark’s relationship with Susan has changed from a possible romantic one to a very close friend. His team’s search for Mary will change to praying and supporting the people that are looking for the Williams missing daughter. Bishop Cornelius has been confronted by some parishioners about Father Mark’s faith in God and loyalty to the Catholic Church. In “Letters 30 Confession” Father Mark will respond to his detractors.

In April 2019, the first pictures of a Black Hole were released to the media. God created the universe as described In the Bible Book of Genesis. Astronomers and Astrophysics explain the current theory of how God did it via Black Holes, Dark Matter, and Quasars. In the Goldilocks Universe series, we will example the details of the creation story that will include these astonishing phenomena.

Soul and Brain:
​
In previous articles I tried to show we are made up of two components, a soul and a body. In philosophical history this is known as “Dualism”. The problem is how does the soul and body communicate and interact. In my mind I solved the problem by combining the soul and body into one entity, an idea I got from quantum mechanics. This series will now go in the direction of God and Soul. 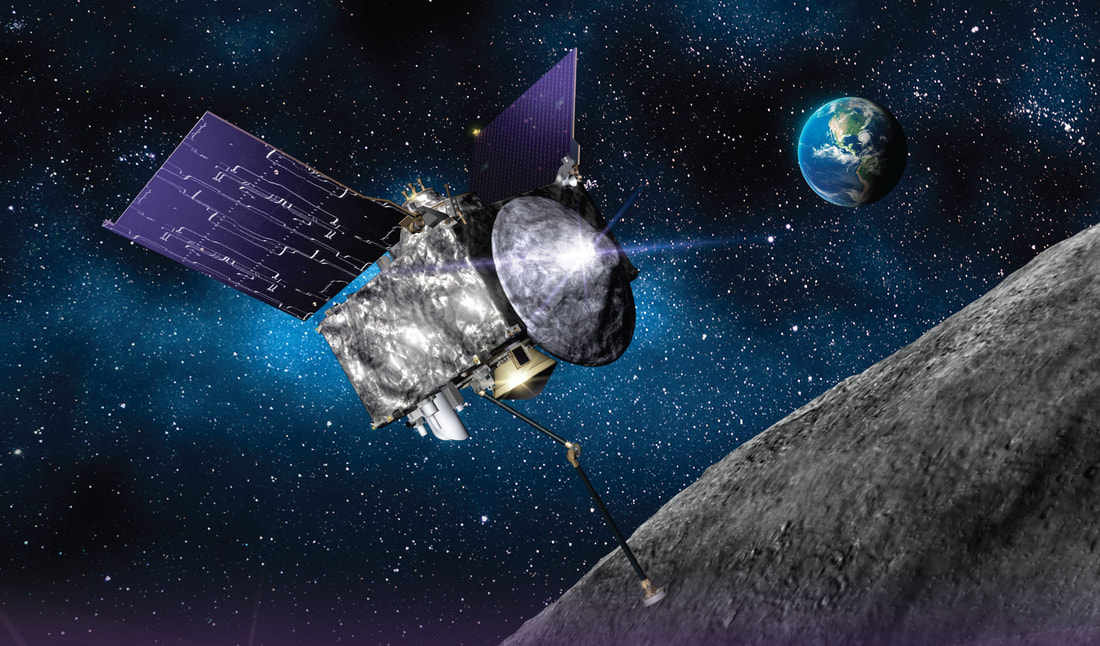 On New Year’s eve 2019, 70 million miles from Earth, a robotic Space Ship named OSIRIS-Rex fired it rocket engines to slow it self down and eased into an one mile high orbit around the Asteroid Bennu. 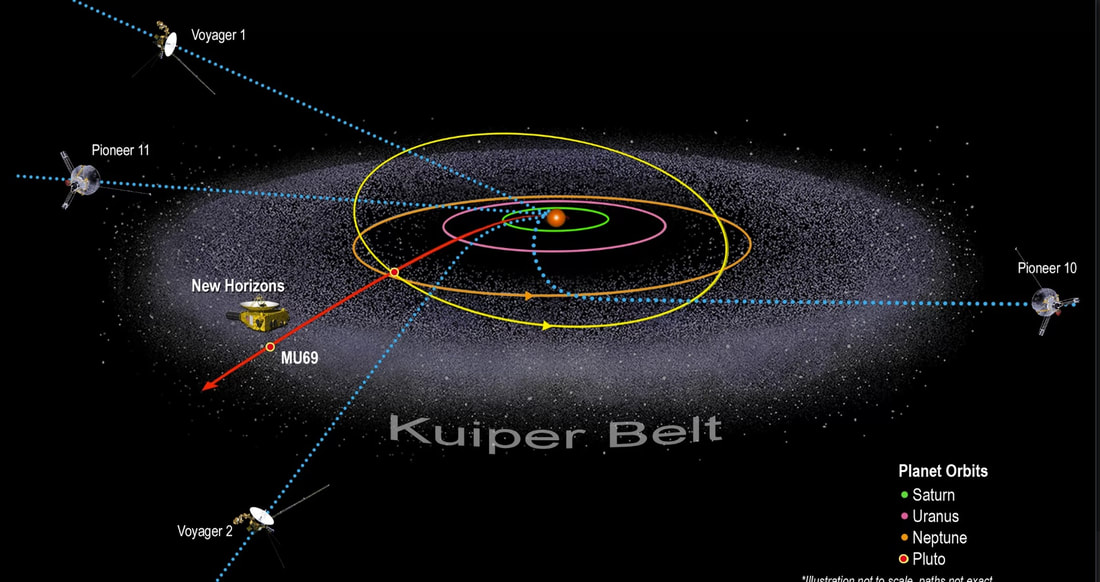 Picture Credit: Space.com.
​
A long time ago God created Matter (quarks, leptons), Energy (bosons), Entropy and instituted the Laws of Nature. Together they developed into atoms, Hydrogen being the simplest and Carbon the most complex. From there developed Stars like our Sun, a lot of stuff in between that I plan to write about and then the Images of God “US”.
​
Using our God like powers to manipulate Matter and Energy, we built and sent many Robotic Space Ships to explore the planets in our Solar System. Five of those Robotic Ships are flying around the edges of our Solar System of which three of them (Voyagers 1 & 2 and New Horizons) are in radio communications with us on earth.


We begin the year 2019 with an image (below) of a bowling pin object named Ultima Thule (MU69), 20 miles long and 10 miles wide in the Kuiper Belt about 4 billion miles away from Earth taken by the New Horizons Robotic Space Ship. 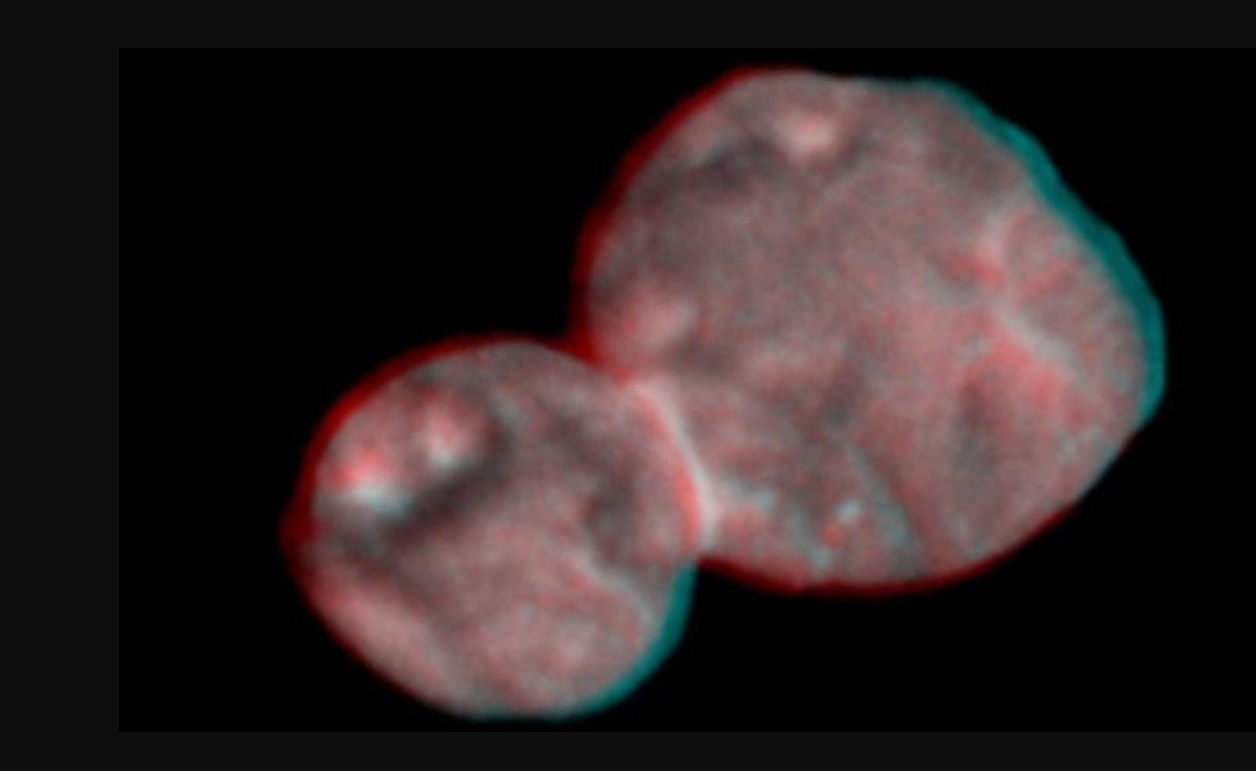