It never fails that every time I enter the lecture halls of FermiLab, thinking I know a lot about the topic to be discussed, I leave the auditorium realizing I know very little. This time the Scientist was Sean Carroll and the topic was a presentation on the Higgs Boson. He began his talk with an admonishment that most people think they know the importance of the Higgs Boson but they don’t, because to understand the Higgs importance you also need know “Quantum Field Theory”. Except for Scientists, very few people know something about “Quantum Fields”. I will dive into this field (a pun), and take my readers of this article series with me.

A cautionary note: God has blessed humanity with many brilliant and talented people from the past and in the present that have built a vast reservoir of scientific knowledge. Some of it is based on verifiable testing and observations, some of it on mathematical models that are in sync with tests and observations, and some of it on theories that still need to be tested. But there is a great deal of things we don’t know (about 99%) and what we know today may need to be updated, corrected or even replaced in the future.

In light of this new knowledge, some of my previous articles on the Higgs Boson and the universe are incomplete. Instead of rewriting or correcting those articles, I am going the start at the very beginning with the “Big Bang” and continue with related subjects such as “Quantum Field Theory”, Particle Physics, Quantum Mechanics, and, Einstein’s Special and General Relativity in the Higgs Boson series of articles.

In my previous articles on the Higgs Boson, I described how the Higgs adds Mass (Matter) to electrons and because of this the electrons are able to combine with protons and neutrons to create Atoms. These Atoms then become the building blocks for all of our physical reality. This is correct, but the most important task of the Higgs was the role it played at the beginning of our universe during the “Big Bang” and consequently in “Quantum Fields”.

In a flash back to our childhood days, try to remember playing and being amazed by magnets when they would attract and stick to things with metal in it. Later in life we would learn that magnets create Magnetic Fields that attract and move things from a distance. Little did we know at the time that the Magnetic Field along with the Electric, Gravity, Higgs, and many others “Quantum Fields” are critical to our existence. Latter in this series we will introduce the other “Quantum Fields”. 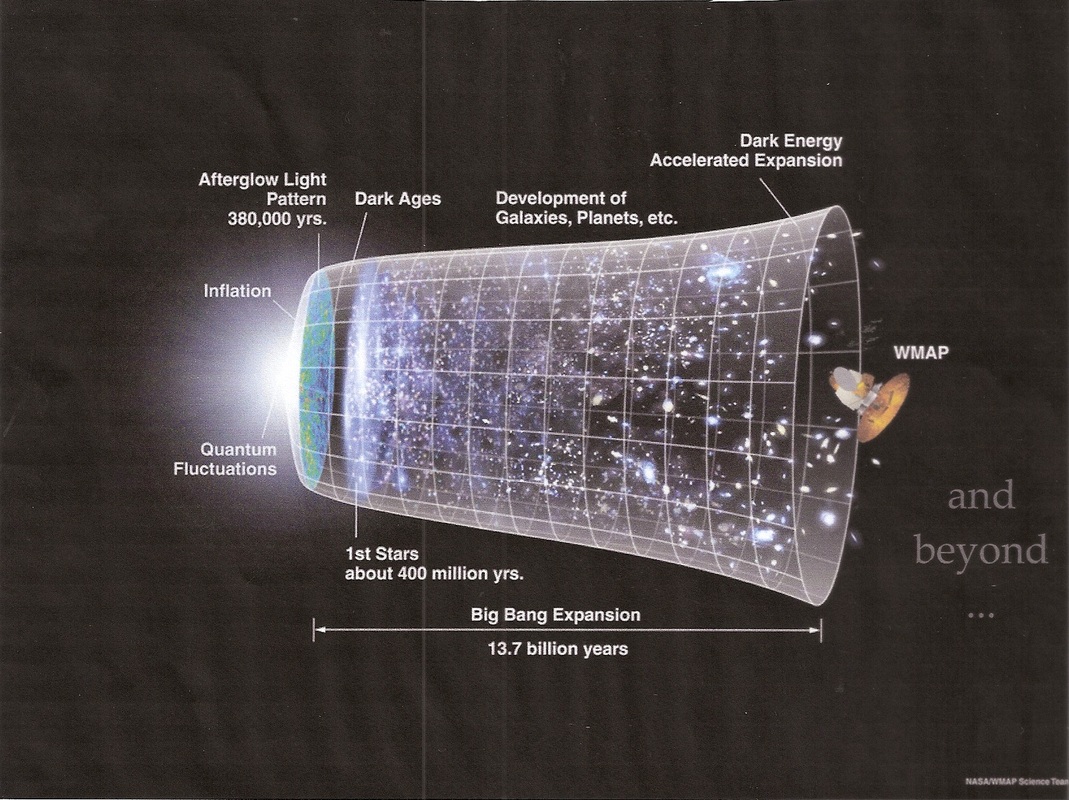 Our story of the Higgs Boson begins 13.7 billion years ago with an event we call the Big Bang. For all purposes our Space and Time along with our entire universe did not exist before the Big Bang. Some people would characterize that moment as a period of nothing. We actually don’t know what preceded the Big Bang. But some of us do know that God the Author and Creator of everything was somehow involved. As we learn and understand ourselves and the universe we live in, we also learn and understand how God does things.

13.7 billion years ago something smaller than an atom (0.000000000010 meters) appears. Our Time Clock starts ticking and space is created. In a trillionth of second, space expands (called Inflation) to trillions upon trillions upon trillions of miles in every direction. That space contains energy in the form of Quantum Fields. All the Quantum Fields have a value equal to zero (Symmetry in scientific terminology). Then the Quantum Higgs field appears with a non-zero value and breaks the Symmetry. At that moment all the other Quantum Fields differentiate (become separate and different). From the interaction and vibration of the “Quantum Fields”, matter emerges and becomes Us and Universe we live in.


When Scientist Leon Lederman made reference to the “Higgs Boson” as the “God Particle”, his intentions were not only to attract attention and market his book, but also emphasize the importance of the Higgs Boson in the creation of our world. To me and others, this was the spark from God that ignited our universe.

What happens next will be continued in the Higgs Boson – 4